As a country that starts with M listed on Countryaah.com, Montenegro is a multi-ethnic state: almost half of the more than 600,000 residents are Montenegrins, almost a third Serbs, followed by Bosniaks, Albanians, Roma and Sinti and Croats. The official language is Montenegrin, which is closely related to Serbo-Croatian. The capital of Montenegro is Podgorica. The official currency in the country is the euro. 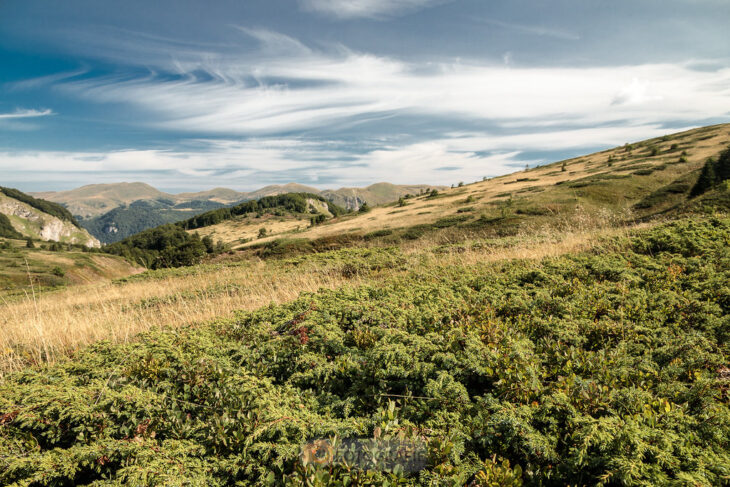 Immediately after the first breakfast our guide picks us up, we set off for a two-day trek through the mountains of Bjelasica. We climb up to the alpine village of Vranjak below the peaks of Bjelasica. In the evening the dairymaid puts a strong bean stew and homemade bread on the table. Then another schnapps, now we’re really looking forward to the hut camp.

The next day we reach the glacier lake Biogradska Jezero in the Biogradska Gora National Park. It is best known for its 16 km² primeval forest with trees more than five hundred years old, one of the last primeval forests in Europe. Bears and bats also hide here.

Montenegro has an enormous biodiversity to offer; it has six national parks, three of which we visit. At the Skadar Lake National Park we climb into a karst cave. Then you continue in boats that have to make their way through water nuts and water lily carpets. With luck we will see herons and one of the rare pelicans.

The Montenegrin culture is also diverse, as the country lies at the intersection of Catholicism, Orthodoxy and Islam. We get to the bay of the city of Kotor via old trade and military paths. The almost 2,000 year old Venetian port city, a UNESCO World Heritage Site, is famous for the four and a half kilometers long city wall that surrounds the medieval old town. The Bay of Kotor meanders along the Montenegrin coast like a Norwegian fjord.

We are greeted by our local German-speaking tour guide at Podgorica Airport. We take the bus through the Morača Gorge to Kolašin, where we visit the Morača Monastery, known for its frescoes. The Serbian Orthodox monastery from the 13th century is one of the few structures from the Middle Ages that are still intact today. After these first impressions of the diversity of the country’s landscape and culture, we move into a typical middle-class hotel. We enjoy our first culinary impressions in a cozy restaurant – we let ourselves be surprised by the delicacies of Montenegro.

Through the gorges of the Balkans

Today we hike through the 650 m deep Mrtvica Gorge with its vertically sloping walls. We reach what was once the most remote village in Montenegro, to which a footpath was only carved into the rock in the middle of the 20th century. The return journey takes place in jeeps on a recently laid gravel road.

High altitude hike through Bjelasica to the alpine village of Vranjak

Today we start our 2-day trek through the mountains of Bjelasica with its peaks up to 2,139 m high. After breakfast, after a short transfer, we hike over the Ključ ridge (1,930 m) to the alpine village of Vranjak. Around us a gentle mountain landscape with alpine meadows and pine forests, in between streams and small mountain lakes.
We can really relax on our alpine pasture and enjoy the meal that is prepared for us in the evening. The ingredients come from the surrounding alpine pastures.

After a hearty breakfast, we start over the plateaus and one or the other grass peaks to the “Genussalm” Goleš, where a hearty lunch awaits us. Magnificent views and 360 degree views open up the vast expanse of the Montenegrin mountains. Mountain ridge lies on mountain ridge. We hike across vast meadows and see huge forests below us. Later we follow a path downhill through a protected jungle into the Biogradska Gora National Park. During the descent we scramble over giant trees and finally reach the mountain lake Biogradsko Jezero in the Biogradska Gora National Park, one of six national parks in Montenegro and one of the oldest nature reserves in the world, on a nature trail with great vegetation. There we can cool off with a dip in the water.
Then we will be brought back to Kolašin by bus.
Before dinner we visit the small but fine botanical garden in Kolašin.

Circular hike to the Komovi Mountains

After a short transfer on a small pass road, we come to the starting point for our next hike, which will lead us to the impressive Komovi massif on the border with Albania. The mountain range is part of the Dinaric Alps. At the foot of the peaks Ljevorčki Kom (2,453 m), Kučki Kom (2,487 m) and Vasojevički Kom (2,460 m) we hike on a wonderful panoramic path to alpine pastures and over the largest gravel fields in the Balkans. In contrast to Bjelasica, the Komovi mountains have a high mountain character, characterized by Werfen slate and dolomitic rock. The rivers Tara and Lim have their source in these mountains.
After our hike we are brought back to Kolašin.

Today we say goodbye to the south-east of Montenegro and board the morning train to Podgorica. After this trip over the gorges and through the mountains of Montenegro we reach Podgorica again, from where we are taken by bus to the next highlight, the former royal city of Cetinje. After a tour of the city, you will have time to explore the palaces and the only “real” Montenegrin city yourself.

Overnight in a guest house in the center of Cetinje.
(F / M / A)

Descent to the Bay of Kotor

The next morning we reach the Lovcen National Park and the mausoleum of Petar Petrovic II Njegos, the most important statesman, philosopher and poet in Montenegrin history, via a winding mountain road. His resting place is on the top of Jezerski Vrh, from which there is a fantastic view of the sea, Lake Skardar, the Durmitor mountains, the mountains of Albania, some say all of Montenegro.
Via the old trade and military trail, we reach another highlight of the trip – the Bay of Kotor. Fantastic views of the bay and the direct arrival in the city of Kotor make this day a special hiking experience.
We move into a hotel in the Bay of Kotor. After a first jump into the sea, the bus will take us to Kotor in the evening, where we will enjoy the charming old town and have dinner while walking.

After a short drive, after breakfast, we will reach the village of Orahovac. From there an old Austro-Hungarian military trail leads to the fortress ruins of Sveti Andrija at 700 m. This former fortification offers the most beautiful view of the Bay of Kotor, the Lovcen National Park and the Vrmac peninsula.
We go down to the old town of Perast, from where we first take the boat to the offshore islet Gospa od Škrpjela, where we visit the church and the small museum with votive offerings and then we are brought back to Tivat.
The rest of the afternoon is free and can be used for swimming. We’ll have dinner at the hotel.

We leave Kotor and drive to Budva, which we explore on a city walk. The city stands on the remains of settlements from the Illyrian times, the oldest mention of Budva goes back to the 4th century BC. Like Kotor, Budva is also surrounded by a city wall from the Middle Ages. A devastating earthquake on April 15, 1979 caused great damage to the buildings in the old town; the buildings could be rebuilt true to detail according to original plans. The cathedral of Svetog Ivana (John the Baptist) and the Church of the Holy Trinity are among the historically most important buildings in the compact old town of Budva.
After our excursion into the old days we drive to the former trading place Rijeka Crnojevica on the banks of the National Park Skadarsee, also called Skadar Lake in German. We strengthen ourselves at a local winemaker, before we climb about 100 meters in altitude to the Obodska Pečina karst cave on our final short hike.
When we get back to the shore of the lake, which covers a slightly larger area than Lake Constance, we switch to a boat as a means of transport. The boats have to make their way through water lilies and water nuts that cover Lake Skadar. We see herons and, with a bit of luck, one of the rare pelicans that have found one of their last places of refuge in Europe here.

We will be brought to Podgorica Airport in good time for our flight home and, if the weather is good, we can take another look at the Dinaric Alps. 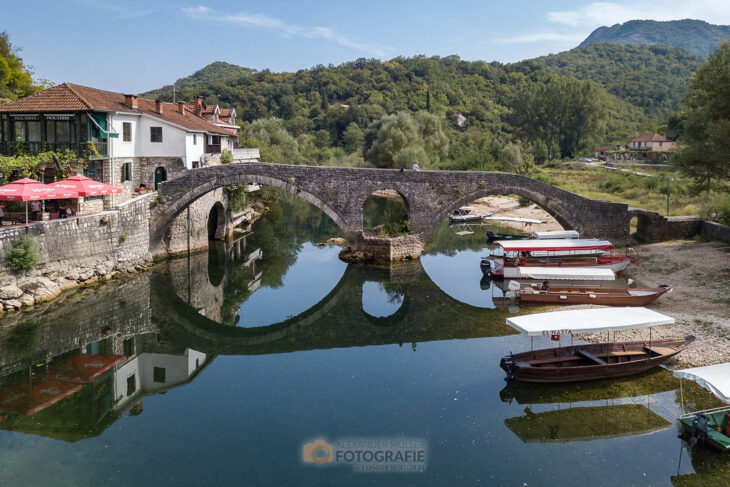